A few of last night's riders were scratching their heads this morning, wondering over new bruises. The group slowly assembled in the snowy Knott Lot. The air tasted of passion fruit and sugar cane as a tropical storm gained strength, bearing down on FTFT3. Yelling over the high winds we considered ride leaders. B, for instigating the hurricane ride, was given the option, but his proposed route was rejected. By default Cap'n steered us towards the Qualifier. Instead of finding a trail, a snow wall sent riders scurrying like ants for a new start. Someone probably wrecked. 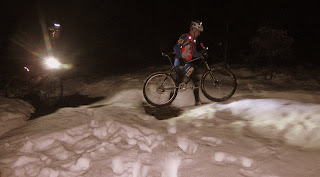 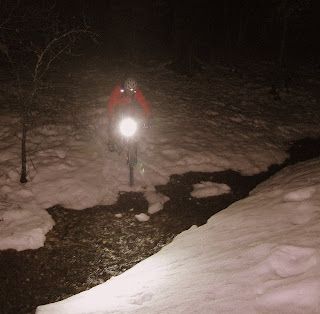 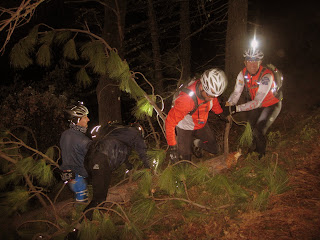 While trudging up the Qualifier, riders were scattered in all directions by the Hurricane. Search parties were dispatched, bikes were ghost ridden, several riders probably wrecked, and, finally, all were assembled and accounted for, except for B's hurricane bottle. Cap'n called for a full surrender. But, the group mustered on, with a few more exciting crashes and bike vs. man confrontations. 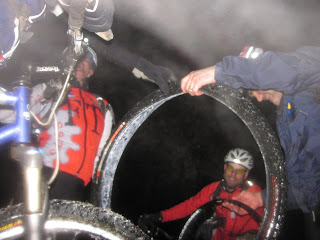 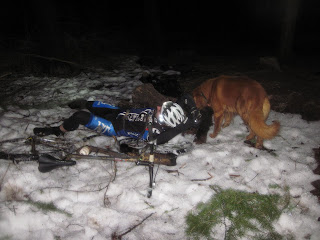 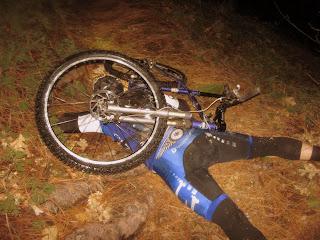 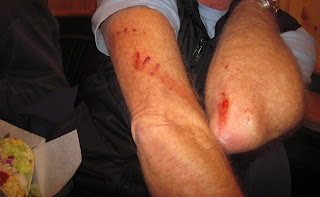 While the tropical storm did much to warm the moods of the FT3ers it didn't melt any snow. The lake loop -- more hiking than biking. Pushing the bikes onto asphalt, Cap'n called for a meeting where he planned to order a return to the Knott Hole. It was considered if the Councilman's wisdom may be necessary to decide a dispute. Then, NoHandle declared himself Ride Leader and ordered a return to the Knott Hole. Not that anyone was dissenting. 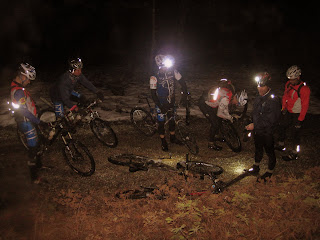 After a few sprints, a spillway inspection, and a lost dog, we victoriously returned to the Knott Lot. Mother Rye was surprised to see us a little early, hungry and not that thirsty. 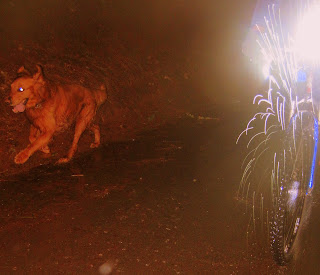 Let the good times roll.
Posted by nocar at 9:06 AM