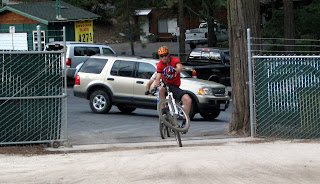 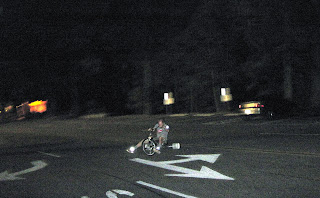 Despite Councilman's tempting hook, as the FT3 hour neared,  the countoff was low. B climbed to Camino on a borrowed mountain bike with a loose front hub and an unresponsive front brake. He abandoned that bike for my crosser, perhaps a poor decision.

Cappy drove shuttle, so I presented him preBRs. Once the pre-riders were rehydrated, Cappy nominated himself to go first. Aiming for the Brockliss Bridge site, Spawn whispered the route.

After ripping the sweet asphalt of Hazel Creek Road, we realized we risked being late for an unprecedented FT3 engagement. Green Fro had placed a reservation for 10 riders to show up by 10pm at Group Campsite 5 to eat a 200 pound pig and drink a keg of beer. We raced towards the feast. B cursed my crosser.

Spawn led the approach to Campsite 5 from lakeside. Our lights wandered past Sup Boards and kayaks, emerging from the dark to a retail party camp. A few FT3ers knew a couple of people and we were shuffled towards the platters of meat. Tri-tip, smoked pork, chicken: we ate until our faces glistened with fat. The Spotters knew better than to offer us beer.

I bet, if anyone asked, B would long ride this weekend. As mentioned, I would like to long ride the following weekend.
Posted by nocar at 9:29 PM No comments: Links to this post

If a long ride went down in Tahoe next weekend, would anyone know about it? Who would attend? Would there be camping? Would generous family members stock supplies at various points along the way? Inquiring minds would like to know. 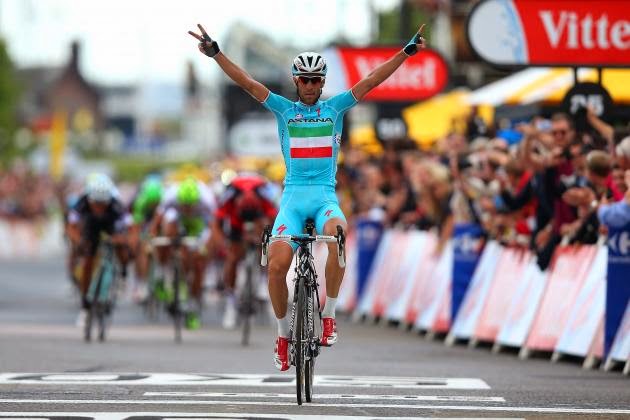 For those interested in another, slightly longer ride, Le Tour is in effect, and Vincezo "Nibbles" Nibali made a late charge and took the podium for stage 2. And one has to wonder, if this race is a tour of France, why do they have two full stages in England? I know they cross borders in many races, but this is unprecedented. Why do we then need a Tour of Britain? Couldn't one cover most of those faire Isles in 2 days anyway? 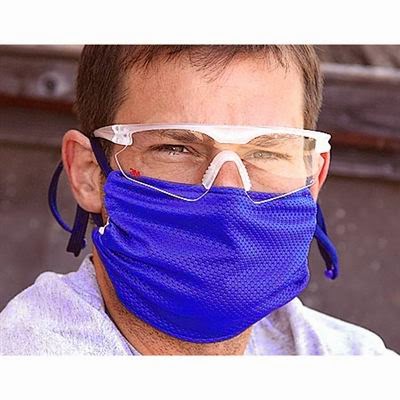 In other news, hey, another Tuesday is upon us. A possible thunder shower may help settle the dust, but I'm bringing my mask anyway.

PS - still need a RR from last week. I can summarize: It was a full house, ODRL graced us, Spawn led us, the dust plumed and hung in the warm night air as we rolled from one corner to another of our beloved Pollywood. There was swimming, some ordered fish taocs, we ate outside, the bitties were feisty, dogs were banned, and Fro brought along his frankentrike for apres nosh sliding. All was right with the world.
Posted by Counselman at 5:31 PM 15 comments: Links to this post

Who are we kidding? 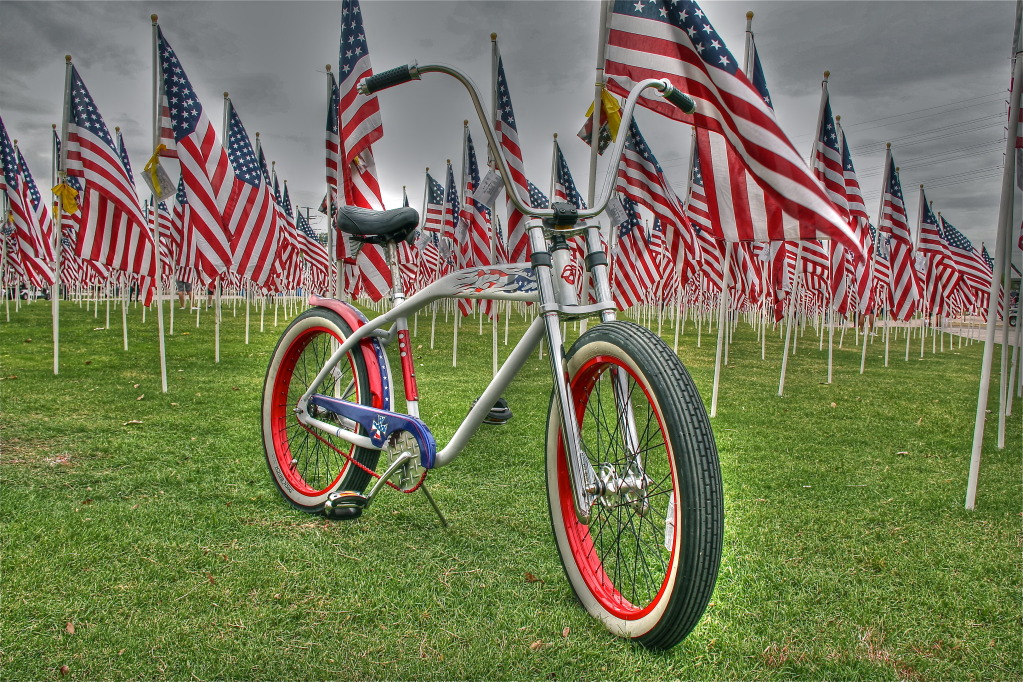 Historically, the 4th of July has never been a celebration of in-dependence from Great Britain. We had ample plunder here in the 'New' world; they were the ones dependent on us in order to maintain an expanding empire. What we are really celebrating, then, is the refusal to be subjugated and oppressed by a dominant nation (so that we, ourselves, might subjugate, oppress, and dominate others - what a concept!).

Of course, it's a purely semantic argument, but are all arguments not in essence about words and the meaning of words? At least, in my household they tend to be ("What do you mean by that?!").

Independence is a word. Like all words, it is a sign meant to convey meaning. We understand what it means, you and I, but we rarely stop to notice that it is possibly one of the most false, misleading words in the language. What, after all, is truly independent of anything else in this universe? In the eternal words of They Might Be Giants: "There's only one everything." Across the entirety of time and space, everything that has ever happened or will happen, everything that has ever been or will be, has led to the creation of FT3. No exceptions. FT3, in other words, is nothing less than a manifestation of the universe in its entirety.

Ours is a world completely inter-dependent in every conceivable sense of the word. It's a convenient concept, but Independence simply does not exist in the world.

Don't get me wrong; I'm all for celebrating the 4th of July - especially if it involves imbibing a cool American beverage with similarly patriotic brethren while spiritedly re-creating some fateful Revolutionary ride on our knobby-shod equine equivalents.

Bring one speed, or bring 'em all. Just bring it.