Where is the Cycle Infra, I think I can ride now...

It's not in Pollywood, I will tell you this much!! Just ask this guy who rides to work from Pollywood to Pville and back, every day, logging a hearty 42 miles per day. 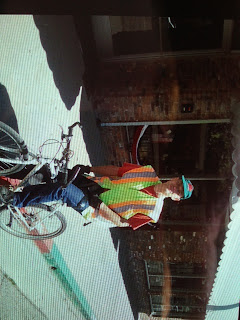 He is the rider of the night, frequently seen by FT3er's with belly's full, rides under our belts, and bikes on top or inside our cars. He definitely 'keeps it real,' but who; here in rural America, rides a bike daily for transportation? (Besides NoCar of course, who, on occasion, with a great deal of shame, uses a car.) It's certainly unusual if not downright crazy. If you asked this Pollywood Local he will tell you - "because the damn police took my car away..." Little does this rider know the great benefits he is receiving by cycling daily!

So onto the Cycle Infra, to which I am referring to the pavement variety as opposed to the dirt variety of which we will relish in this evening. IN fact, the  dirt variety of cycle infrastructure abounds in our great area, and thanks to rouge trail builders it continues to grow regularly. It certainly raises our fun factor but does nothing of the societal problem that is cycling on the roads here in America. Take in this informative viddy which contrasts the US cycling from a Dutch perspective.

"I do not want to, nor do I think I could, ride my bike tomorrow."

The title quote was spoken by the very ride-satisfied Cap'n. He was addressing RG, Xteric, and Peter in the Big Meadow campground parking lot. They all nodded in agreement at this underestimate of his mountain biking prowess. But, who could blame him. It had been one hell of a day.

The shuttle picked us up at 5am. The roaring debate which pitted those who prefer to sleep in (me) versus those who can't make their own breakfast (everyone else) had been settled. We stopped at a McDonalds. 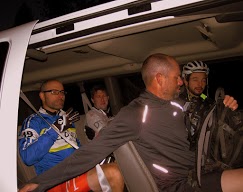 In spite of the wildly proliferating posts and emails, Unknown Local made a surprise appearance at the Mt Rose Trail head. We were also joined at the trail head by two of B's friends. But, they quickly and correctly realized that we were going to stop 15 times in the first two miles. We never saw them once. 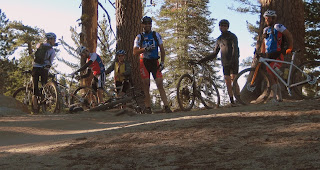 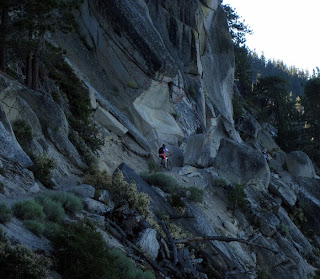 Perhaps Unknown Local felt bad for being tardy. So, he called in his shuttle driver (Senora Unknown Local) to bring us beers. We drank as many as we could and stuffed the rest in our bags. 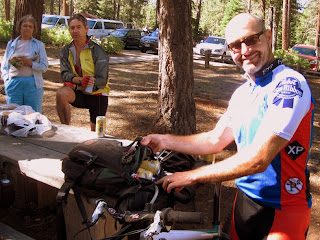 Which we then enjoyed at the top of the Bench trail. 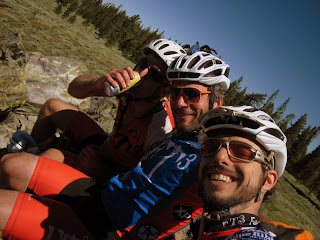 All but Newb had a great big laugh when he bombed past a turn and headed straight for Minden. It took five hearty lungs reaching full volume to call him back. 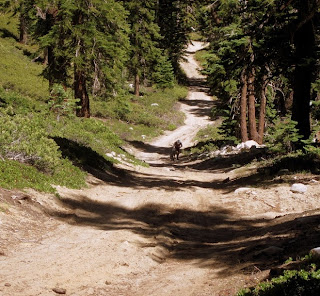 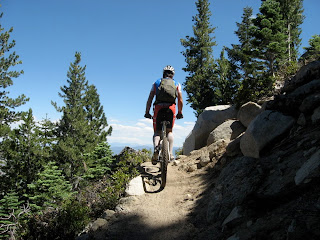 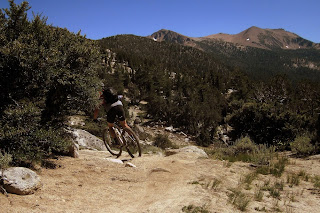 The trails were dotted with Spotters. When we raced past two Tahoe flat brim dudes, one asked, "Are you guys sponsored by Pabst." His buddy replied, "They must be."

After busting a long sandy climb, 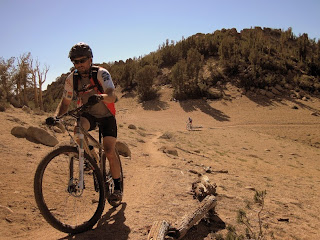 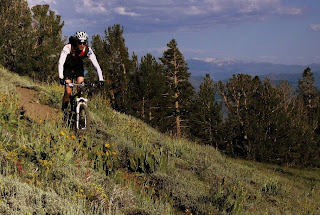 and one last fart and rub, we made it back to camp. 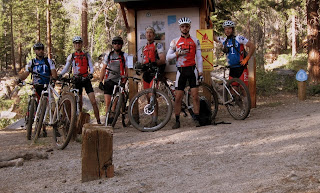 The next day, our ranks were severely diminished, but our spirits were not. Since LOtB was running late, we had an extended breakfast. 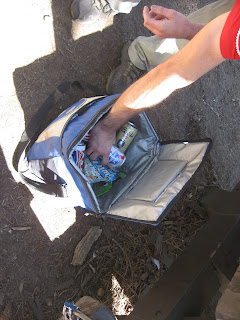 We continued to breakfast, looked at the map, and considered renting cruisers and idling around the lakefront. 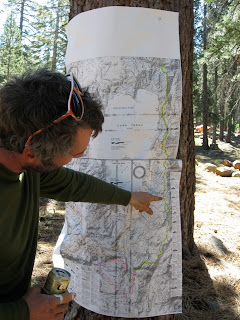 Finally, admitting that Lars had stood us up, LRP Day II commenced. 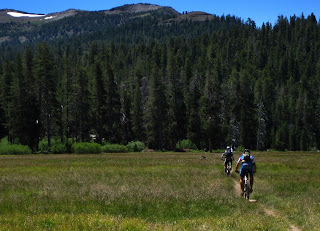 We skirted the Preferred Cyclist's trail. 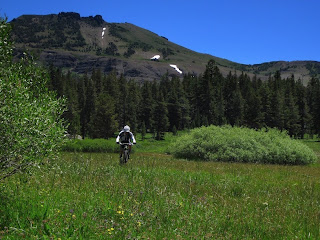 And headed for Little Round Top Ridge. 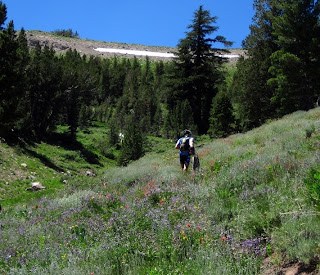 Day II seemed easy on paper, but it was harder in nearly every way than Day I.

The trails were scratchier, the climbs steeper, the soil looser, the descents more technical, and we got lost a few times. 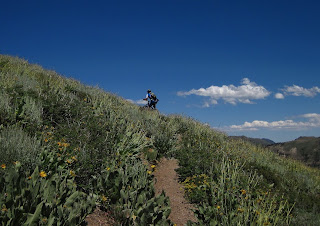 At the top of the Wildcat trail, Newb and I had to sit for a spell. The breakfast beers weren't helping. (I blame Lars.) 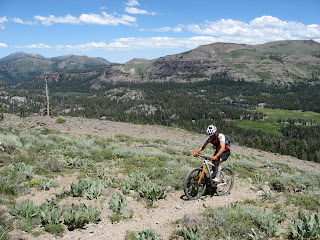 We finished about 3.5 hours late. Fortunately, we made it to the Strawberry Lodge before the kitchen closed. 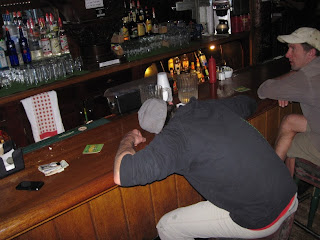 No this isn't Long Ride Potty Training, but I bet you will have to go potty after having a couple pre-br's on this fine SSFT3. Hope to see your smiling faces and single gears there!!!

Long Ride weekend is gaining momentum. The count is getting high and some fringe FT3'ers are threatening to ride for at least a single day. It should be a great weekend, not to be missed!!