No one was prepared for the shock. Newb and I pulled into the Knott Hole and found the back gate locked. Figuring we were first to arrive, I got out to tell staff that we planned on parking as per usual. From across the road I heard Fro holler, "we're over here." Aghast, I turned to the EID parking lot and saw the pack of riders getting ready. Not grasping the situation I called back, "Did you get beers." "Yeah," Fro answered, "we got PBRs. And whiskey." So, Newb and I drove across the street. Breathlessly, Will explained that the fan in the hood had broken and only the Knott market was open. We had no dinner plans.

The riding was exceptional. We battled snow drifts up the Qualifier, which was almost entirely rideable, as long as one was willing to redline their heart rate. We then slipped and slid back down to the lake where soil conditions were super grippy and smooth rolling.

When we reluctantly returned to the cars, the Knott was dark. But, we had a plan. We hit the Taco Bell drive through, sneaking in less than a minute before their 11pm closing, picked up some PBRs from Safeway, and found a dark corner in the parking lot to circle the wagons and enjoy our repast. Except for the 32F temps, it was a pleasant arrangement: more versatile menu, later ride bed time, cheaper tabs, flexible ride start/stop points. Hmmmm. Maybe we don't need the Knott after all.

Posted by nocar at 8:40 PM 7 comments: Links to this post

Tuesday last was a festive one. We celebrated Spawn Day with balloons

perfect riding conditions, a party at the bottom of 8B, and copious guacamole, Jamaican Pain, and rye at the Taco Table.

Fortunately, the unchallenging conditions didn't last long so FT3 doesn't have to worry about getting soft. A Sunday recon found snow 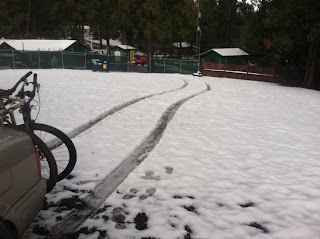 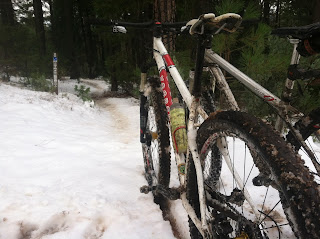 Fortunately all the trails were rideable. At least downhill. Hopefully by ride time the volume of slush will diminish. Otherwise, spare no effort to protect your toes.

If a night time snow ride isn't enough action, on Saturday afternoon/night/Sunday morning FT3 will tramp the fabled hobo circuit. I saw a couple vagabonds a week ago who had ridden up the tracks. They said it was pretty muddy. 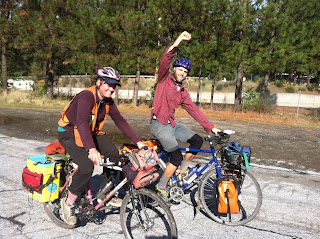 There will be a celebration this evening for the young but aging Taco Spawn. We have all observed in honor as he progressed from fast and loose cross racer to wonderful father and partner to one of our favorite Taco Bitties. It shall be a night to remember, and one not to be missed. 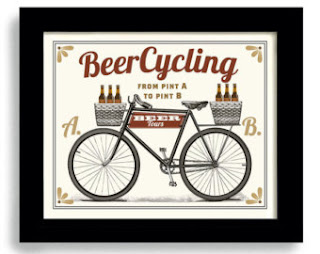 While the forecast calls for snow on Wednesday, it appears this evening we shall ride in brisk temps and under clouds the low 40's. That is of course until we enter an inversion layer. 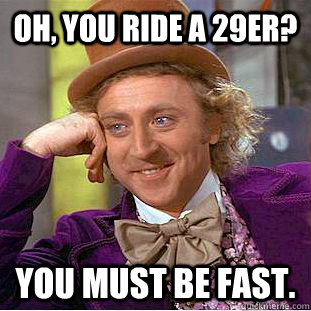 I post this video in honer of the aging Spawn and in honor of the roots of many a FT3'er: 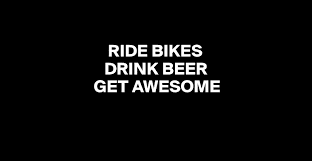 Cheers to the spawn of our taco creator's! Viva FT3!

Posted by Cappy at 9:05 AM 9 comments: Links to this post

And like so many election seasons before, we have selected our fearless leader. Say what you will about the new Prez, but it's no small task guiding our nation. One must have steely resolve, a sharp intellect, and a hearty sense of humor. Not unlike our weekly ride leader. How many are we, what are our collective skills and liabilities, how far is too much far, and what is the mood at
The Knott? Which sauces shall I choose? Are there ride beverages?

So we find ourselves at the cusp of what truly matters in our world 🌎. Who's riding tonight, will there be rain? Will there be nachos or the elusive "bake"? And who will be our rideleader-elect? 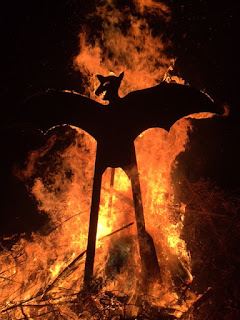 Yep,I called them today and they said they're going to be open tomorrow.  And the gentleman on the phone also informed me that it's also Taco Tuesday...... hmm.  He must of known that it was me, andwith such spotty attendance for half a year must of thought I needed a reminder.

So there it is.  The Knott Hole will be open, as will another orifice on Wednesday morning - spewing taco grease and hot sauce.  (  )o(  )

Lube your chains, air your tires, and check your bars for cracks 'cause it's gonna be a dust free ripper.

Dear Pollywood, I miss you.

Get out and ride her if you can.


Zero.
Posted by NoTacoHandle at 2:26 PM 5 comments: Links to this post