Another notch in the Strawberry-Kirkwood bedpost

With nary a warning, Cap’n abandoned his ship and left the remaining Long Riders to scrap together a new plan. We decided to meet on the Strawberry Creek Road to depart at 6:30. Departing on-time (with neither McDonalds nor toilet stops required) we skipped the first steep, sandy slog by staying on asphalt a little longer. Spawn and B were so exuberant that they decided to face-off in a Chicken match. 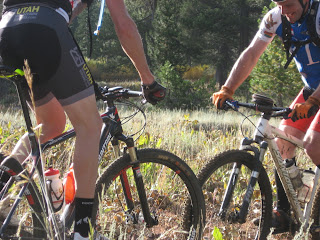 I watched both of them grunt up the technical climbs that I walked, comforting myself by saying that I would be stronger at the end. Sadly, this wasn’t true and I only fell further and further off the back as the day progressed. Suffice to say, Mr. Spawn can turn over a pedal. 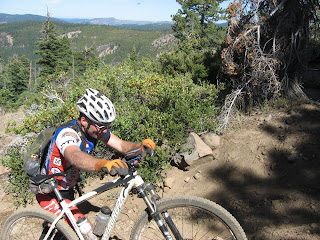 The descent into Caples was chock full of “All Mountain!” And after the brutal climb (hike) to Martin Meadows we stopped for some refreshing Burgies. 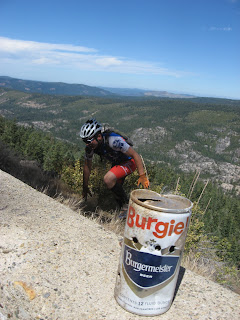 After topping out on the Thunder Mountain ridge, and then bombing singletrack down the ski hill, we sidled up to the bar at the Kirkwood Inn. The staff was less than enthusiastic to receive us, but they indulged our every request. B, had many, and they mostly involved liquor. 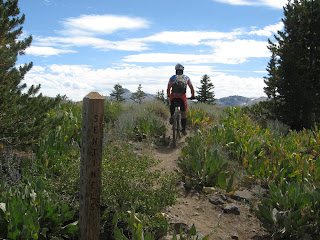 As we made the final descent, it was clear that we had shattered all previous S-KW records. Many hypotheses were considered, one being that the time savings was from B spending considerably less time fumbling with his cockpit. 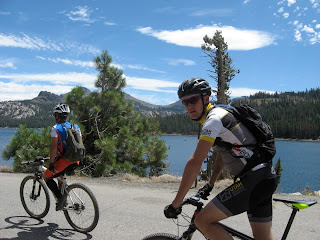 Though I Petered on adding the Lover’s Leap loop to our ride, we did stop at the Strawberry Lodge on principle. 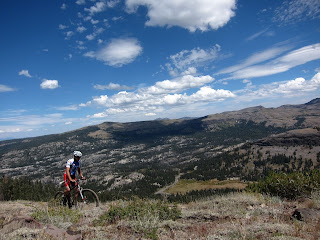