The return of Buttons marked the first edition and trial of "FT3 Untethered." Turns out that Buttons is a very capable and self sufficient taco maker, as he sat out the later half of the ride to rest his Achilles and prepare the tacos. The spread the XTeric had laid out was beyond compare. He even ordered taco papers and baskets off Amazon! Foil tins for food storage, and NO Recycling! It is clear that if XTeric and Buttons wanted to start a taco truck, it would be a resounding success. Here are some snaps from the evening. 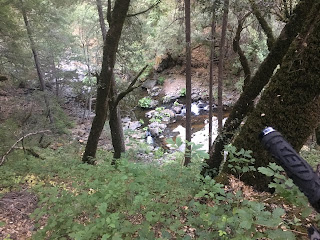 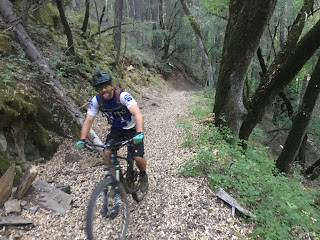 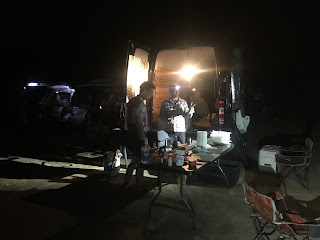 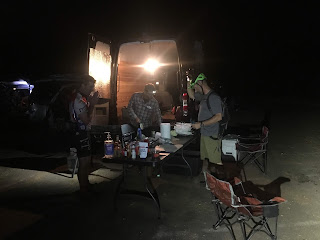 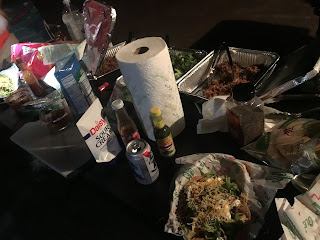 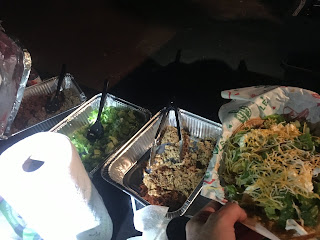 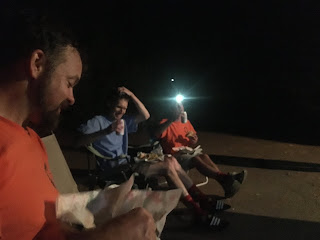 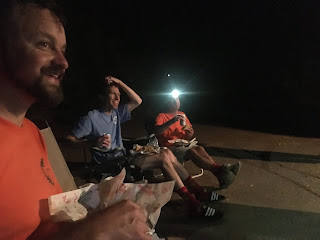 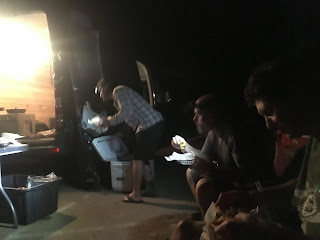 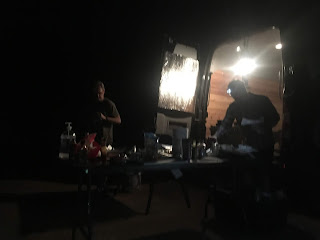 We were stalked by a bear during the ride near the over grown Cache. Fortunately, the last rider made it out without being eaten alive. There was talk of sand dunes. This video came to mind:

And so it goes. FT3 may be better cooks and food preppers than what is available late on a Tuesday night in Pollywood. When will we see FT3 Untethered Version 2.0??