A palpable tension formed when we seven riders assembled in the Knott Lott, doffed our pre-ride warm layers and switched on our lights. Would Cappy, back from months of perdition, be rideleader, or would LOtB take the reigns as tradition would dictate? The pause lengthened. NoHandle pushed the issue by announcing "not it." Another minute passed. Larz rolled out the front of the Lott and, after a few quick glances, the pack followed.

Appropriate for assessing the fitness of riders so long absent, we rode the qualifier. We continued up to the Northwest, along a rocky trail that reaches a local high point. From there we dropped to the Power Line trail, through the Boy Scout camp camp and down to the lake. For many the power line drop was new and all enjoyed the fast and loose trail. We took down an almost complete lake loop, turned towards Fleming, hopped the curb from MET onto a connector to Ferarri Mill, the dropped Fleming and Palins, and rounded the rest of the lake. All told, a sixteen miler (according to Larz's wristwatch).

Since Mother Rye and Even Keel were absent we were curious to see how the tacos would turn out. QA/QC was in place and normal Knott Hole standards were maintained.

Many, many items were placed on the calendar, with rousing calls of support for each. To note:
Placerville Turkey Trot tomorrow morning, 8AM at the library; FTfore! will be hosting its inaugural stroke-off on the first convenient sunday; FT14K will be climbing Mount Shasta this May; FTX is racing Cross Vegas in September 2013; FT3/Team Pugsley will cross the Darien Gap during much of 2015; and a broad field of FT3ers commited to racing an Xterra.
**Augmented to include T(ucson)TGFT3. Sorry I missed the ride and the T-Day run for fun and charity. Will see all next week. 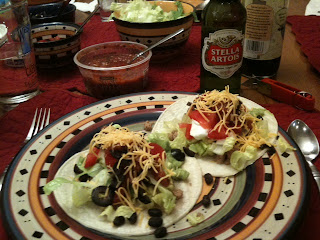 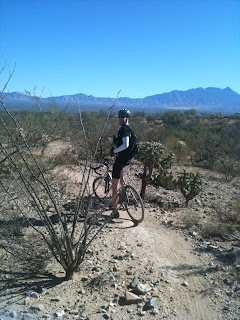