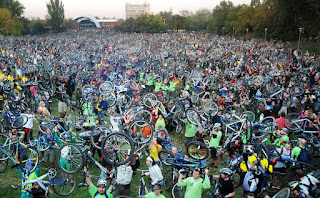 With a timely departure from the Squito lot, 2 cars rushed up to enjoy an otherwise splendid evening in the woods of Pollystan. Newbie, B, Council, RG, Cappy, and Safety rolled up to a largely full Knott lot, as well as THTH, Bambi, and Unknown Local kitting up for the night's event. Xterric made us 10 strong and our own critical mass leaving the lot. Cappy offered his RL services, and none objected. We immediately went through the backdoor to Sly Park Rd, down to the FS station and B's chin. From there we climbed back up to MET, and then onto a CCW tour of Fleming. Ever-clever, Cap'n pulled a last second turn onto 8B, and it was a dusty free-for-all down to the bottom. After a more than "3 min" feed stop at the bottom, we climbed out.  RG, Newbie, Cappy and others pushed a quick clip and we  soon regrouped at trail 8. From there we popped up to the proper Fleming parking lot, and, surprise, a handful of unexpected riders. Despite our efforts to swell our ranks to that of 15, our friends were part of a group camp experience, and were looking for the rest of the loop and the route back to their comrades. We offered lights and promised good times, but they parted ways just the same.

We soon climbed Redneck Rising and topped out at MET. Cappy, sensing some fatigue, or perhaps grumbling from Peter, offered either a detour to his namesake Cache, or a shorter route home.  Few seemed interested in the former, and once the vote favored beers and food, it was decided we would drop the L lip, then ride some of the upper horsetrail, plunge Palin's and climb out from some "dam play". Turns out, we lost a couple riders at the junction to the horse trail (which we skipped), and then again at the turn off from Palin's to the bottom of the dam (skipped that too), so we ended up with a bit of backtracking, group separation, and finally the much loved sighting of lights on lower Palin's.

In true RL form, with all riders accounted for, Cappy suggested a much needed swim for the rest of us. As our waning riders rolled up onto the second dam and down towards the marina, we gave them a signal from the dock. By the time the other half rolled up, they were treated to what can only be called a critical (m)ass of swimmers. By the light of many moons, they made their way into the water, swap laps, and eventually headed for tacos.

The earlier activity had died down at the Knott, but, AGAIN, we were treated to a fresh tray of chicken bake and chips. I'm not sure who paid what and when, but this is the second time in as many visits for me. Our hors-oeuvres were quickly demolished, followed by a number of 6 taco orders and myriad PBRs. In a first for this politician and connoisseur of hot foods, I was forced to abandon 2 of my pre-sauced tacos. Latent stomach issues prevailed and I left the table with Knotts in my stomach and my head held in shame.

Discussions included more details on the weekend's Downieville Classic, nick handles for Newbie, and future installments of LRP. With a field of 10, a good pace, no mechanicals, and minimal lost ridership for a group that size, this can be counted as one of the more successful FT3 events, and reminiscent of years past. I know B has photos and perhaps video of the peloton in action.

Looking ahead (brought to you by LRP):

B is rallying for a high elevation route on Thursday afternoon.

The XP remains in season and open for a future assault.

Newbie and others are gearing up for KWalification.

The FLL rides are under discussion, with what will surely include a solid tour of South Lake summits.

It's summer, and it's time to get your ride on. Until the next round…. 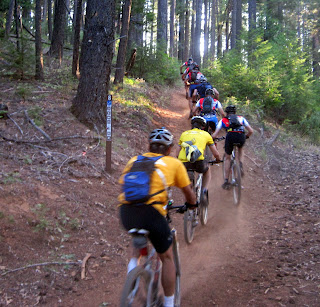 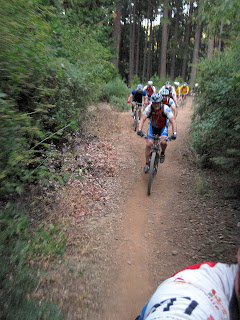 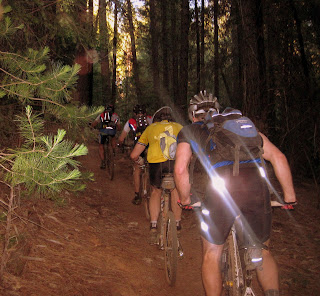 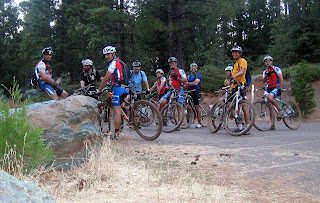 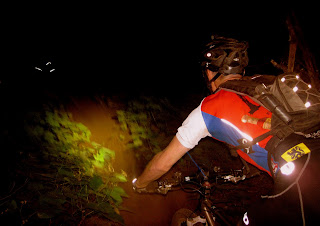 Posted by Counselman at 2:59 PM