Winter in the 'wood

Joining Cappy in the Xteric bus, we shivered watching fat snowflakes smash against the windshield. Pollywood was white. At the Knott Lot, we found a party underway with a diversity of pre-ride refreshments waiting on NoHandle’s tailgate. Once everyone was overdressed and carrying backpacks that bulged with extra layers, the Ride Leader nomination ensued. 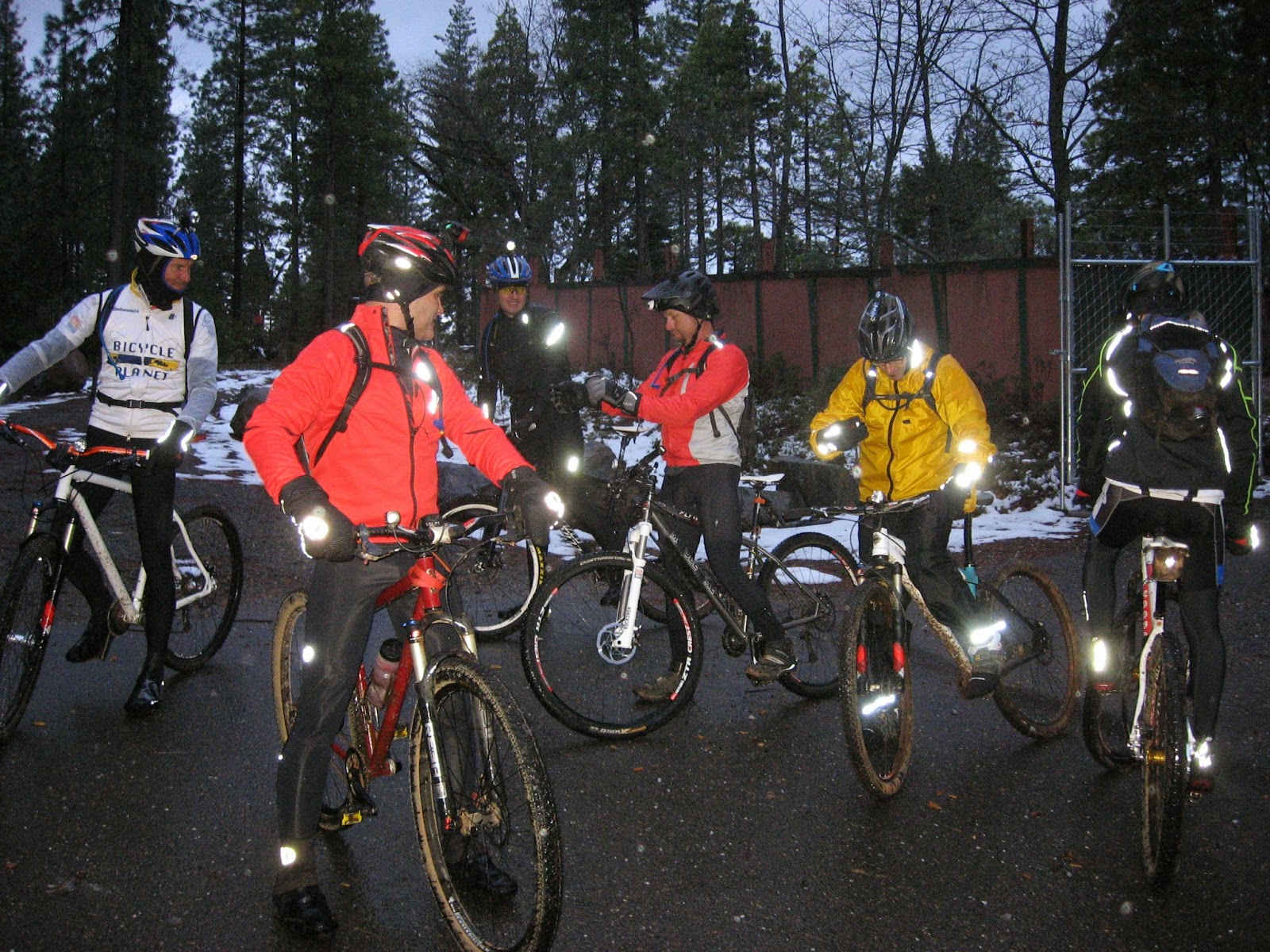 With the pack demanding Nocar, I reluctantly dropped to the lake and made a beeline for 8a. At the bottom of the descent another party broke out, and GreenFro was certainly wondering if we ever do any riding on Tuesday nights. The trails had been clear and wet. 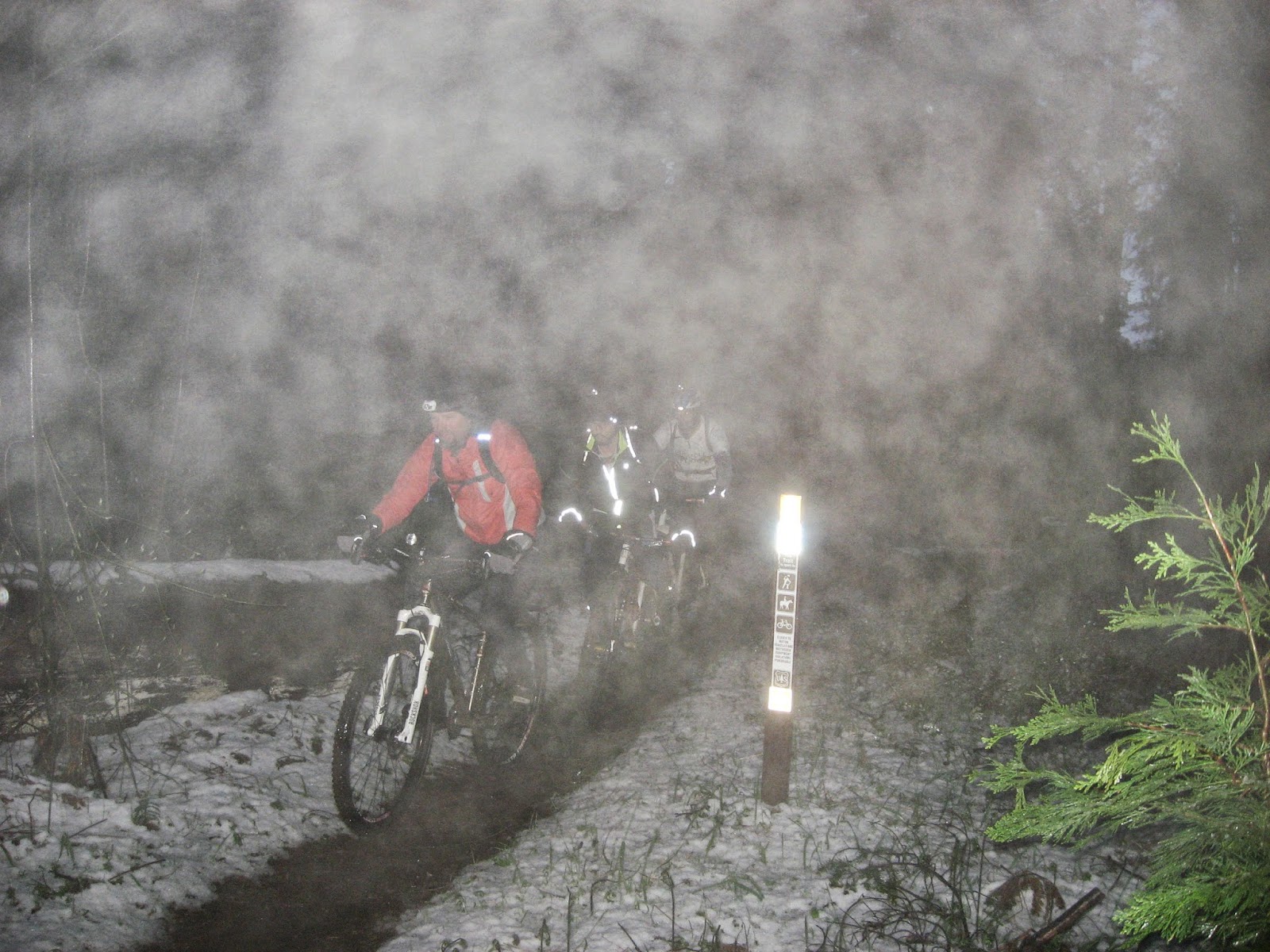 At the top of the climb, the route to accommodate GF’s early ride bedtime was debated. Realizing they had sent a boy in to do a man’s job, my Ride Leader role was revoked. Spawn led us back the way we came, with a brief separation at the top of Palin’s. We all rejoined at the Knott Lott just as GF pulled out. We climbed the Qualifier start to the near Sly Park forest road to Park Creek. Finally we were in snow. 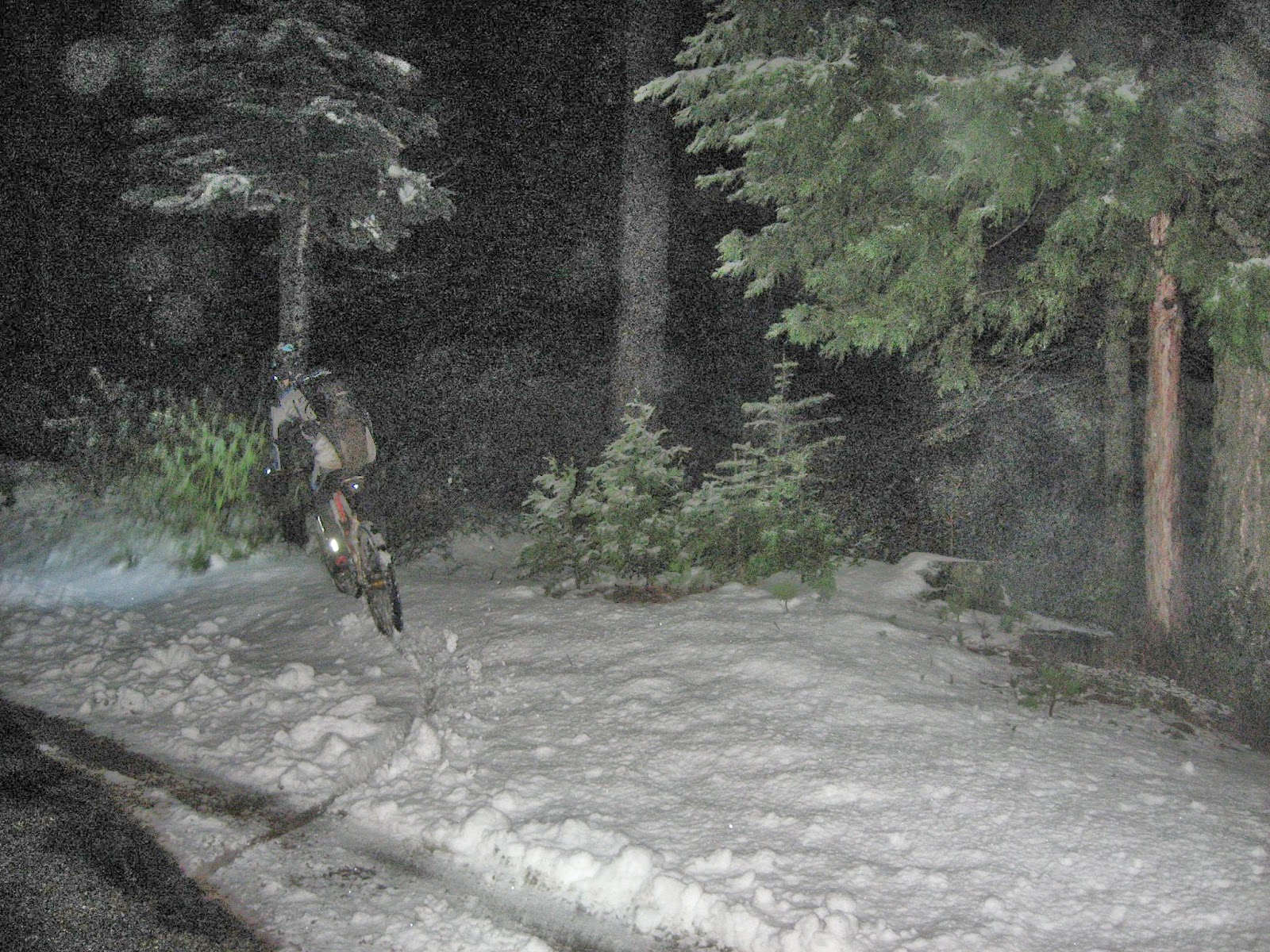 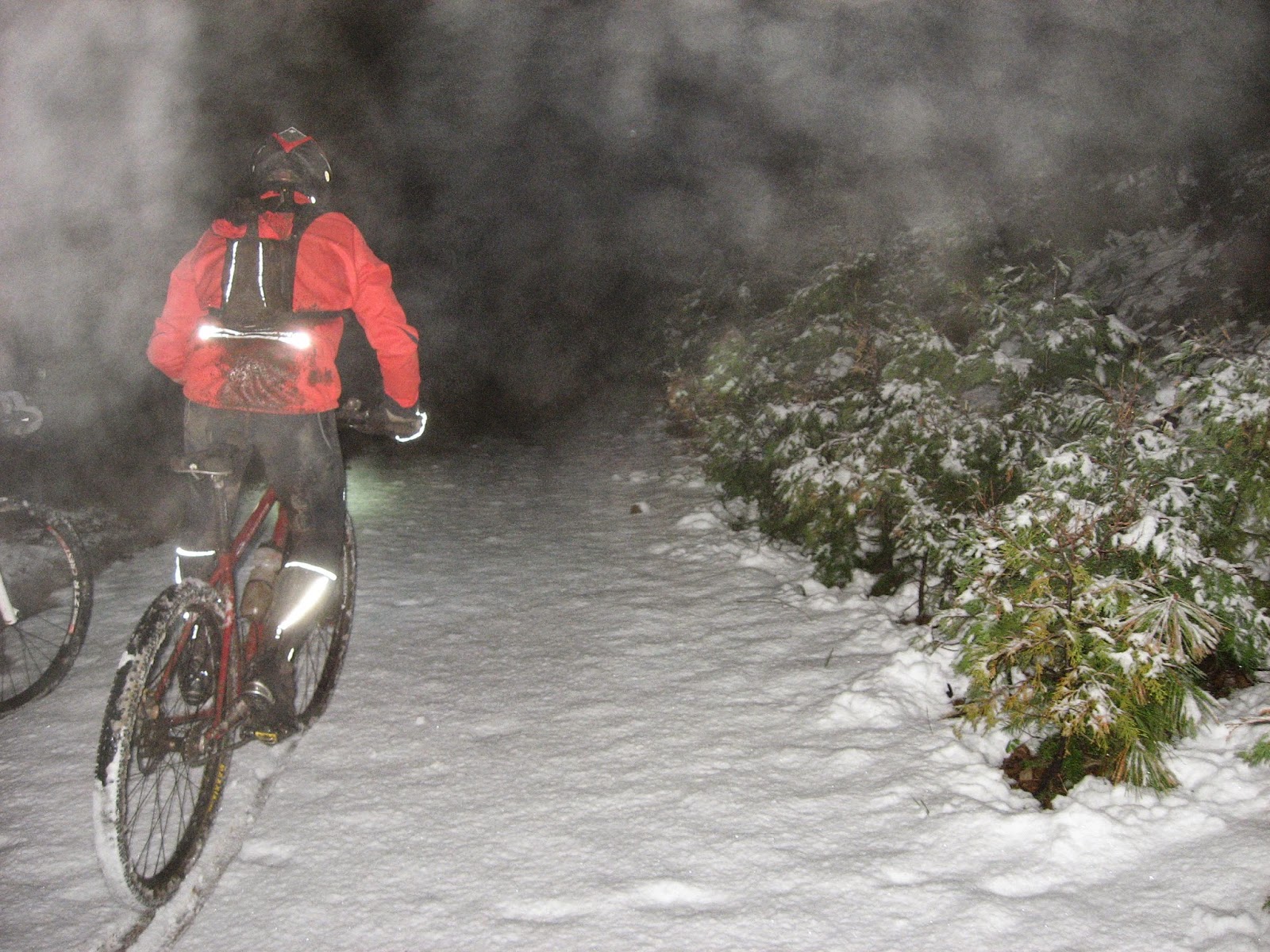 The crew did a powerful job motoring up through two inches of fresh, four inches in the drifts. For the brief hiking bits I was more than pleased to be wearing boots, but they were definitely overkill. A quick roll down the powerline, catching air off the bumps like a ski day, and we were enroute to tacos. A final pre-Knotthole round was enjoyed in the Knott lot as we marveled at how favorable the conditions had been. Another night of damn fine trails and mild weather, serving to remind us that Peter never knows best.
The Amish fireplace was back in its place, the tacos were heavy with meat, and Newb ordered more rye than he could finish. Bouffant’s sisters were throwing dice and taking money from everyone at the bar. It was a hoot.