Tuesday's ride is just around the corner

With Captain out and Nocar attending Peter’s cookie baking seminar, Green Fro and I met up at the Squito lot for a carpool to Plymouth.  We arrived just in time to register and meet up with RG and NoHandle.  A 6:45AM departure was in order.  Since RG was taking the pulls in the front, we managed to get to the first rest stop at the 20 mile marker with an average of 22.5 mph!!  Strava records were definitely broken here!  A quick re-fuel and regroup and we were all off again.  The pace continued to move briskly while the fast people took turns up front.  Another rest stop at around 46 mile marker helped us refuel again.  Lunch was at the 60 mile marker and the group enjoyed turkey sandwiches.  The pace after lunch was much easier!   At around 70 miles, RG had to turn back to the car due to prior afternoon obligations.  Slug Gulch climb hit us a little after that.  I stayed in the back of the pack with No Handle as Green Fro and No Handle’s friend from Berkeley took off up the climb.  A rest stop at the school helped us regroup.  Popsicles were in order at that stop and we received a Slug Gulch pin for completion.  The descent back down Omo Rach was quick!  After turning on Mt. Aukum road, there were only 4 of us remaining (No Handle, NoHandle’s friend, Green Fro, myself).  Since we had about 10 miles to go at this point, I took turns at the front pulling.  Eventually our pack of 4 blew apart and I found myself riding with No Handle’s friend off the front to the finish.  With highs of less than 90 degrees F and calm winds, the day was fantastic for cycling! 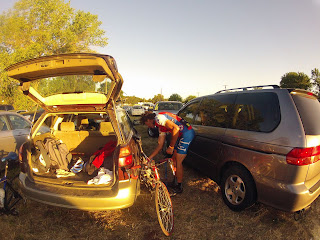 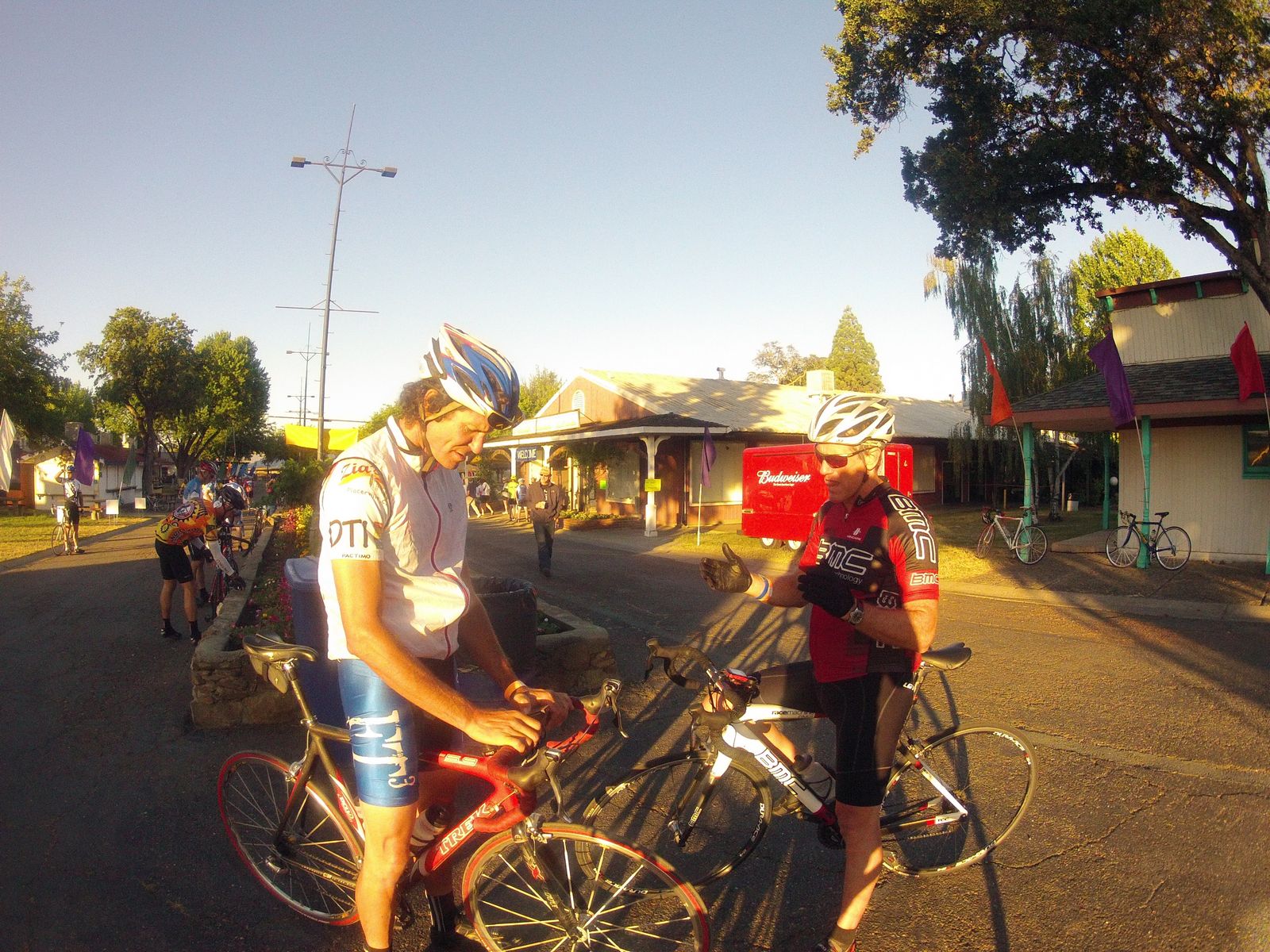 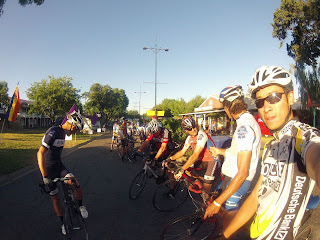 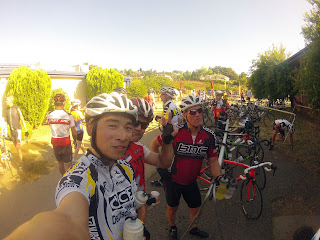 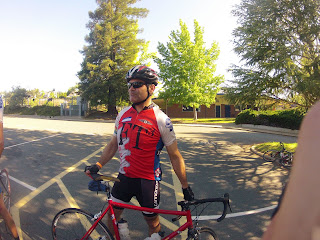 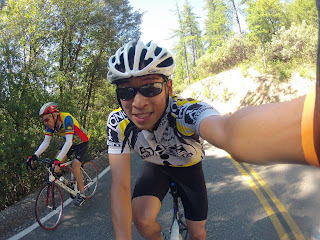 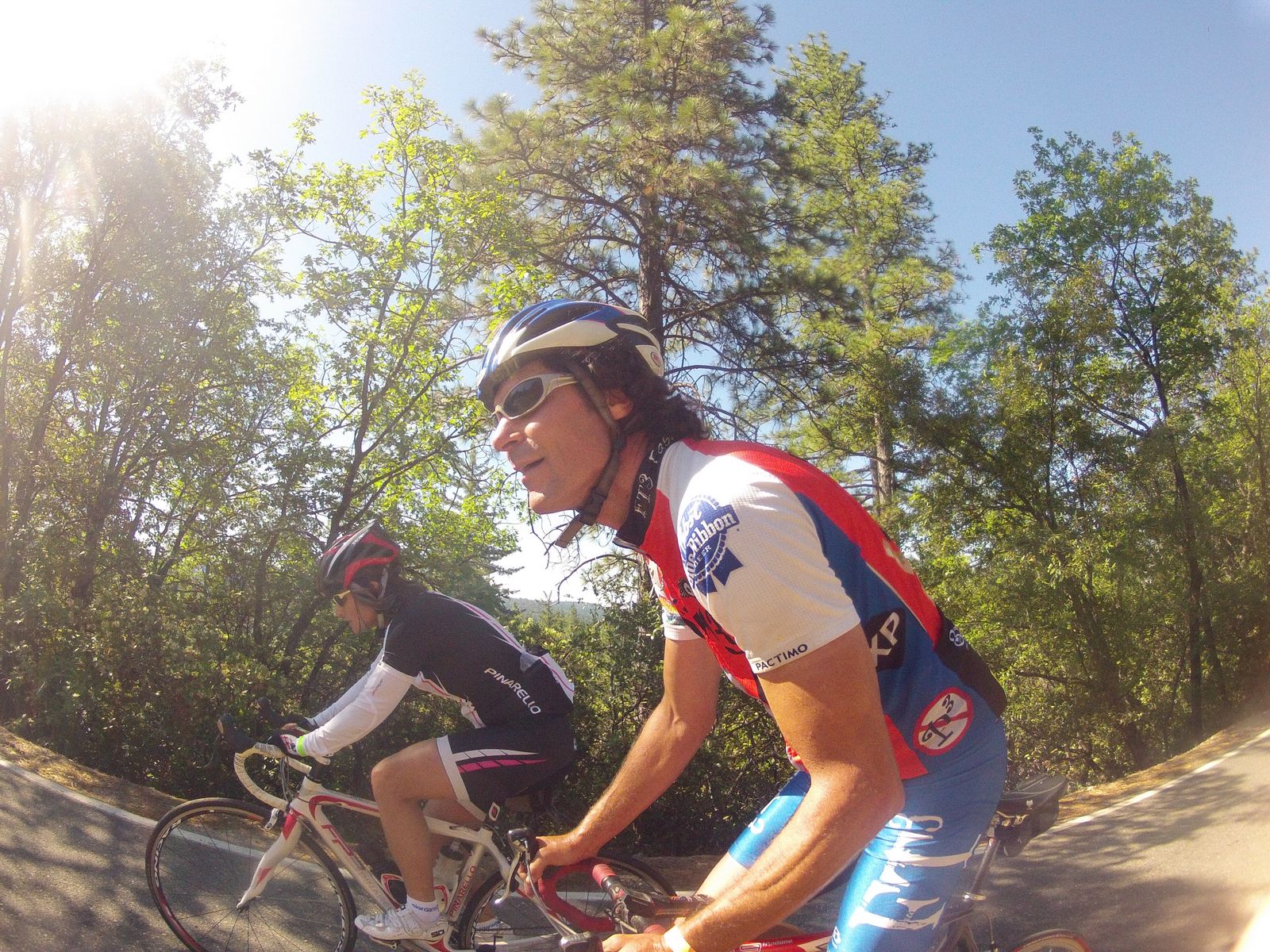 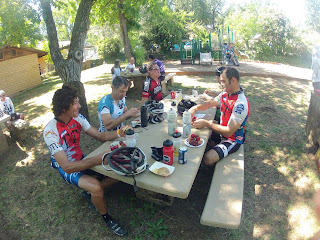 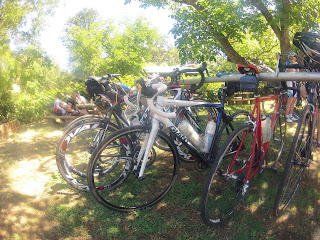