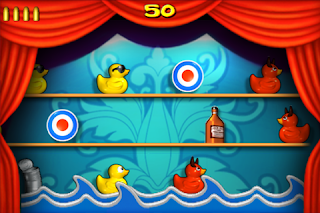 It was a balmy 48F when we assembled in the Knott Lot Saturday morning. Though all the Penn alumni had predicted much cooler temps, we were met with sunshine and smiles as we struggled with layers. There would be no question for Safety, surprising us with a visit, and donning his trademark jacket and shoe covers. Yours truly rolled up (on time) to find Rock God in full embro mode.   Our ride organizer and leader, THTH, was joined by P.C. and none other than Orphan. Once we made pleasantries, and received our blessed communion of Mojo and (insert beverage of choice), it was off to the wild.

NoHandle led his minions NE to the qualifier, and then down the now debris-strewn chopping block. Seems the recent high wind advisory left an extra layer or two of twigs, needles and leaves over the damp but firm earth. Our leader both quizzed us on trail names and solicited ideas for future trail work. I wonder if anyone can get us a pro deal on some McClouds. From the block, we veered E and up the newly named Wall back to PC. After some layering changes, we were then directed to Grimangers, and the ridge(name?), eventually making a few last minute tweaks to bring us right round to PC. From the 4 way junction, we headed SE towards MET, with yet more climbing on fire roads. Our destination was Cappy's Cache, and it would not disappoint.

As we whooped and hollered, roosting leaves on every corner, the distinct sound of cannon fire could be heard in the distance. RG predicted, and we quickly discovered, that this cacophony of sounds was not only getting closer, but well within our current path. As we climbed out of the Cache, the rifle report grew louder, and we would soon smell the powder. Just before the beginning of the Bonetti paved road, we dropped into a veritable shooting gallery. Almost a dozen ticket holders stood aiming at targets directly ACROSS the fire road. Like ducks moving across the carnival board, one by one we rolled past the firing squad. They kindly holstered their weapons and allowed us to pass. There was nervous laughter as the lead carny jokingly(?) assured us "don't worry, we're not shooting cyclists, today". Once safely past that maelstrom, we rounded another bend to find a smaller assembly of marksmen. Our group then discussed the irony found in breaking the perfectly tranquil and silent fall morning with gunfire.

As the gallery, and the ringing in our ears, began to fade in the distance, we set our sights on a left lip drop. En route, P.C. performed a splendid log balancing act. This was shortly followed up by this rider's complete stacking over the same obstacle. The folds in the lip enveloped our tires, and I for one would like to have savored it thrice. We then wrapped things up with a CW loop back to the cars.
In all, a nice 3 + hour tour of the greater pollywood complex. I believe Msr. Credite captured a few pics, and can now upload for those who, well, wished they were there but couldn't make it.

Consider this your weekend weather/ride report, and Tuesday's callout. It will be just another perfect evening in the forest....sans gunplay, of course. 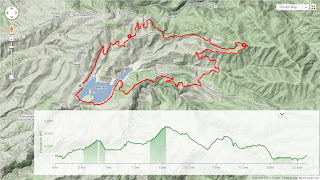 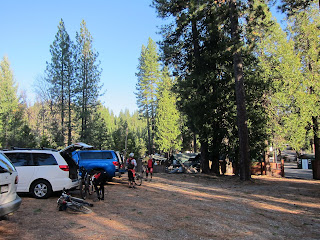 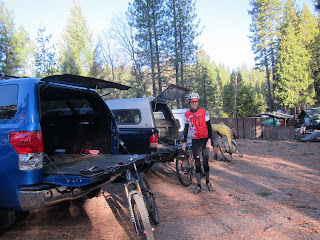 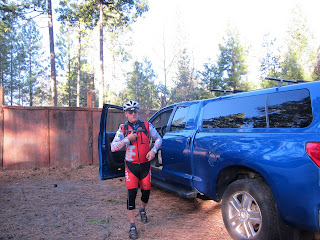 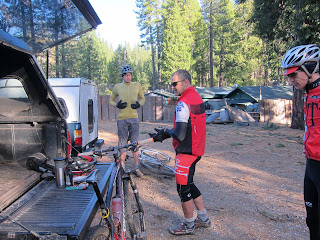 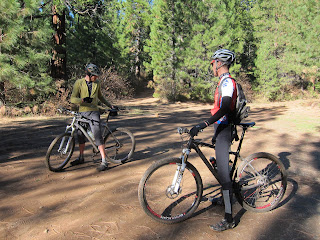 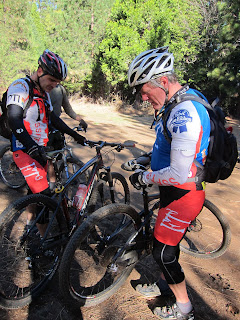 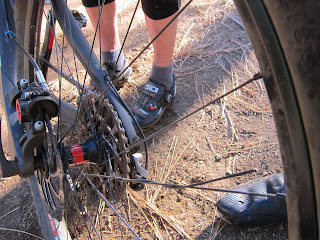 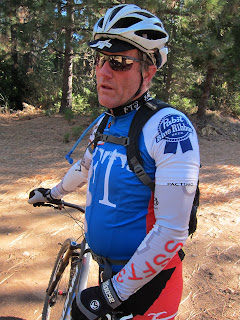 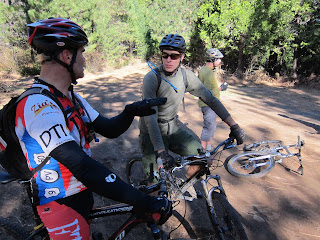 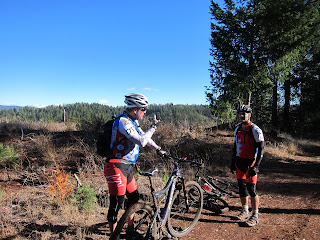 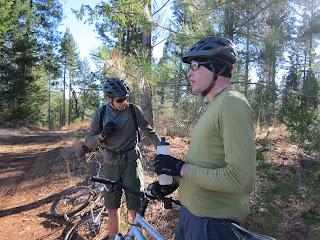 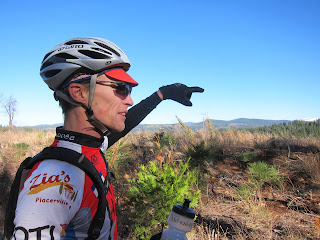 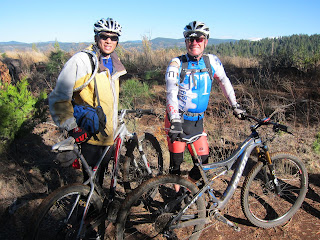 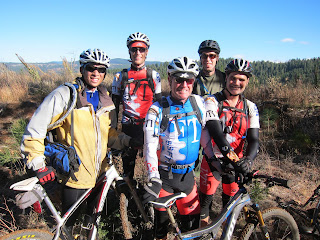 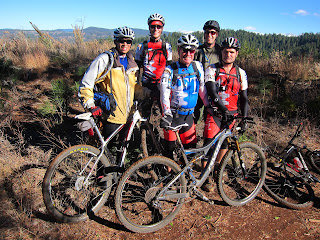 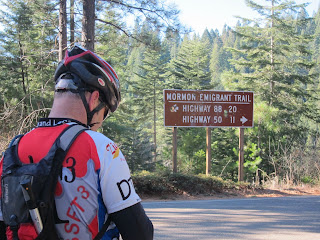 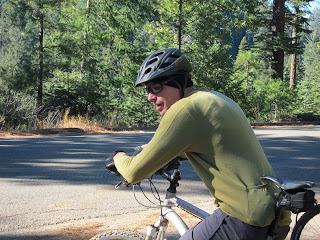 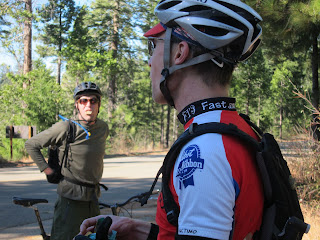 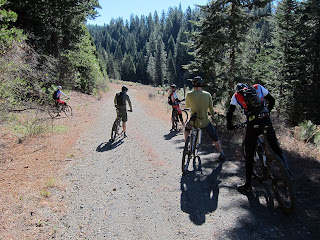 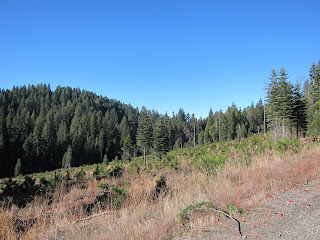