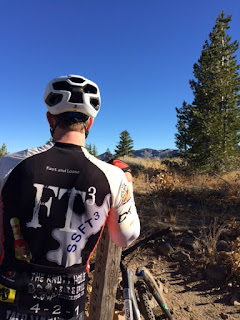 Last week's ride was overshadowed by taco uncertainty. I checked in at the taco counter before the ride and received a who-the-f-do-you-think-you-are-? kind of look from the bar back when I asked if we could order tacos at 9:30. But Market Guy assured me that he had our backs and wouldn't let them shut down until we had eaten. Out of an abundance of caution, we made it in by 9. The taco maker usually works the weekend early shift, so late night Tuesday wasn't her idea of a good time. Still, she was courteous, poured well, and, without Mother Rye looking over her shoulder, heaped the meat. A four order had the heft of eight. The cheese and meat filled the shells, so she piled the lettuce on top and served it with a fork. 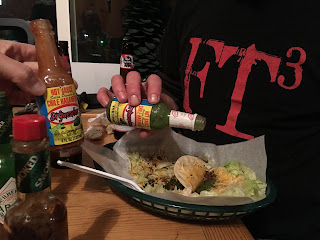 The owner was there, in slightly better than normal form.

He insisted on shaking all of our hands as we left. UL refused, saying something about making deals with the devil.

Sunday saw the 2018 running of the classic LRP, Strawberry Kirkwood. In case any of you have forgotten, its a long and difficult ride. 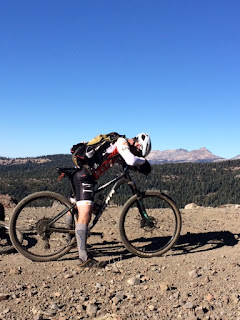 We encountered several spotters around Carson Spur who thought we might be riding the "Full Loop". By which they meant the Thunder Mountain Loop. Nothing was more fun than saying we started in Strawberry and watching their faces contort in utter disbelief. After catching a sweet patch of freshly made snow we rolled into the Kirkwood Market. 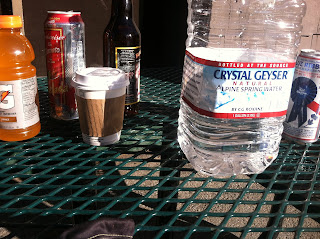 Refreshed, we easily beat a jeep on the route from Schnieder Cow Camp to Strawberry, and finished up just as it got dark.
Posted by nocar at 9:40 AM