Substantial lore circulates amongst the FT3ers about how to perform proper cleaning. Obviously, parameters like water hardness and toilet paper shear strength should be measured by a certified testing laboratory before use. Fortunately, the bicycles didn’t get too dirty on Tuesday as it wasn’t so much muddy as plain old wet.

The back gate was locked, and we soon learned that Taco Spawn had gotten tickets to see Peter singing in an all-boys choir. That also meant that Mother Rye would be slinging tacos that evening. RG immediately responded that we should get back early. Shortly before departure, criticism of the Call out’s prediction for rain dried up. Skies that were clear a moment ago turned darker than Button’s new bike. Everyone grabbed another layer. 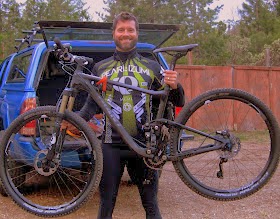 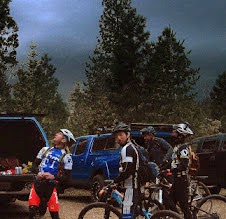 No sooner than THTH jumped Newb for RideLeader it started raining. By the time we reached the end of the Backdoor trail, everyone donned rain jackets. There were some sporty tumbles on B’s chin, and slick rocks tossed riders off of easy climbs. RideLeader chose a classic cross country uphill from the horse parking lot to the downhiller trail. We de-layering after the climb, and the additional moisture that evaporated off the riders caused it to start raining again. By the time RG blew a tire while crushing the skid trail, we were mostly soaked through. We picked up the horse trails CCW around the lake. It was wet and cold and wet. Definitely Legit FT3 riding conditions. 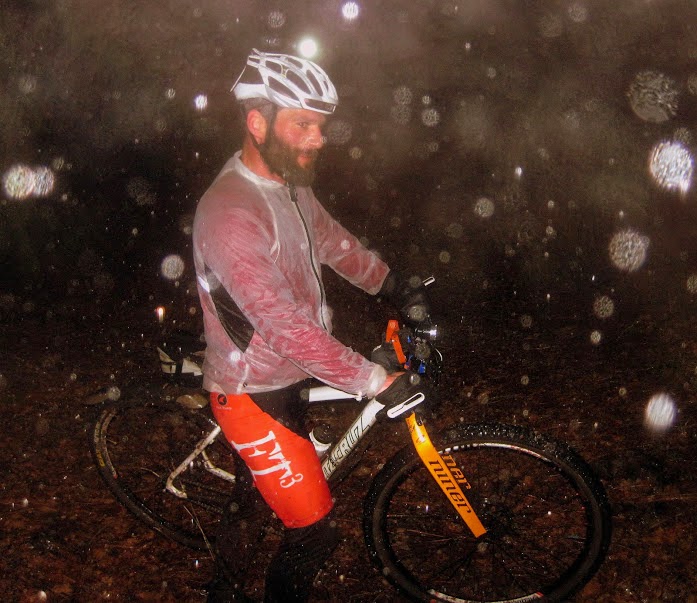 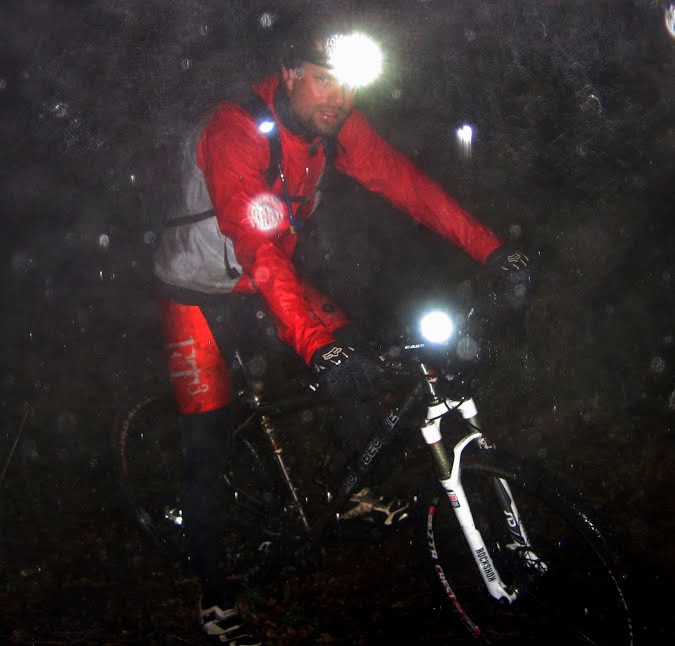 After pulling dry layers onto soggy skin we scurried into the Knot Hole. A bottle of Rye was nearly finished as we tried to warm back up. It was tough not to notice how the tacos had been reduced from a hefty three fingers of meat down to a mere pinky’s worth. But, Mother Rye called me Nocar, so I wasn’t going to complain.